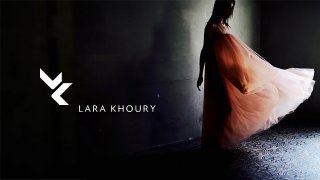 Lara Khoury is a multi-disciplinary experimental designer whose work spans and unites the realms of fashion, interiors and film.

Lara Khoury was born amid the eclecticism of Beirut in 1985. Aged eighteen she relocated her life to Paris where she embarked upon an enlightening creative journey at the prestigious Ecole Supérieure de la Mode (ESMOD). Under the guidance of the world-renowned fashion institution she insistently explored her passion for drawing the world and dressing its residents.

After graduating in 2006 Lara returned to Beirut and trained for a year under the wings of Elie Saab, where she developed a solid knowledge in both haute couture and prêt-à-porter. Before long, and with the maturing lure of creative independence beckoning, she set up her own label under which she produced her first fashion collections.

It was during this nascent stage of her career that Lara was adopted by the Lebanese fashion incubator Starch and its founder, Rabih Kayrouz. Over two successful seasons at the Starch laboratory she was able to freely experiment with her style and expose new ideas to the world. Crucially, she gained the boost needed to push herself and her work to the next level. As a result, the LK ready-to-wear brand was launched in 2010 and settled in a new independent studio in central Beirut.

In the year following, Lara was chosen to represent Lebanon at the Maison Méditerranéenne des Métiers de la Mode (MMMM) in Marseille, France. The program, promoting artistic and cultural integration between Euro-Mediterranean countries, also enabled Lara to strengthen her brand, having partaken in several masterclasses with esteemed icons of the international fashion stage.

Since 2012 Lara has presented LK between Paris and Beirut, garnering recognition both locally and globally. Alongside her work in fashion she has also worked on artistic projects and collaborations, and continues with such to fulfill her creative capacity.

Receiving regular acclaim for her fashion endeavours, Lara has been recognised by institutions such as Woolmark and international platform Not Just A Label, who handpicked Lara as one of the 100 most pioneering young designers of fashion in 2014. Through this honor she also gained a unique opportunity to meet with Italy\'s most renowned manufacturers and suppliers to support her design visions.

In 2015 Lara launched her debut bridal line SOW, along with her menswear line LK Men, bringing yet another dimension to her work. Today, Lara continues to push boundaries with her fashion and art initiatives with help from her small team in their bustling Beirut studio.

SCREENSHOTS FROM THE PROJECT 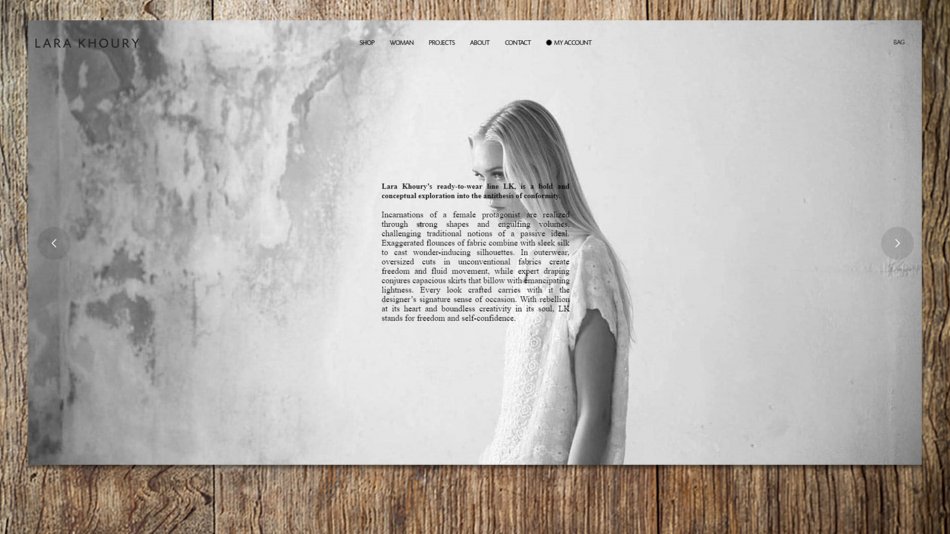 Full screen home alisder with products and about content 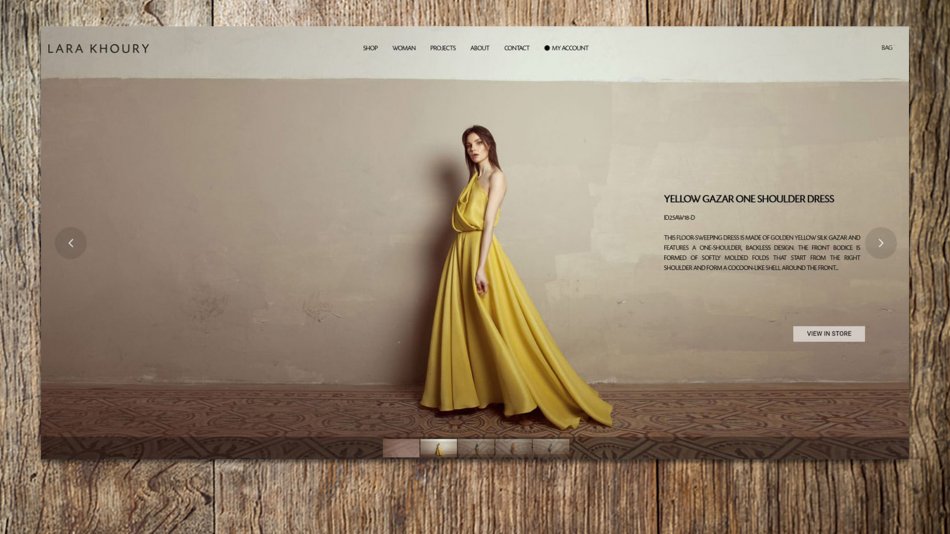 full screen product image and description with add to cart 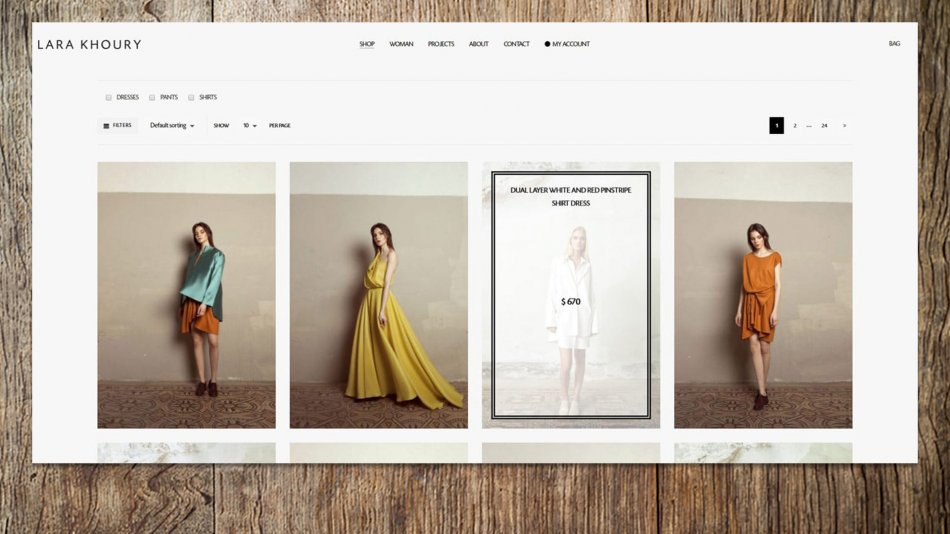 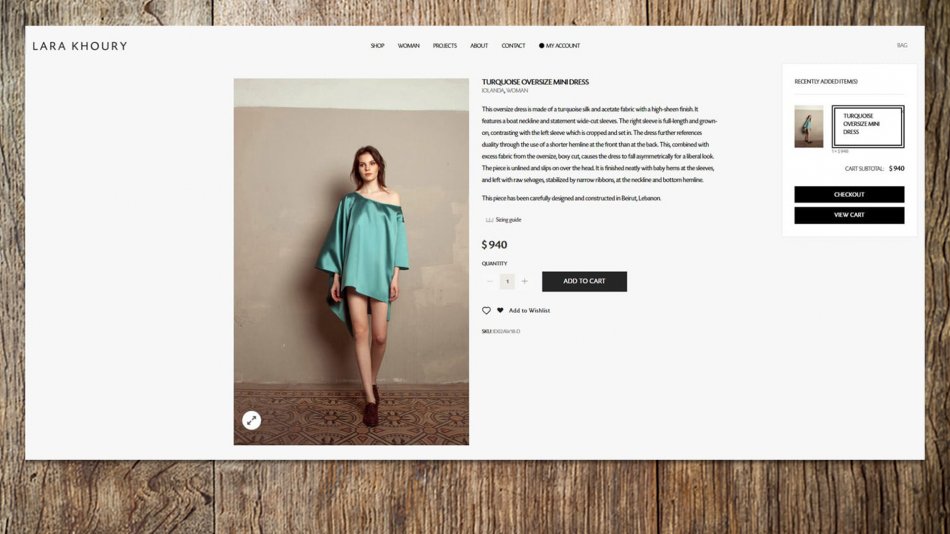 Shop dress page with all details and cart 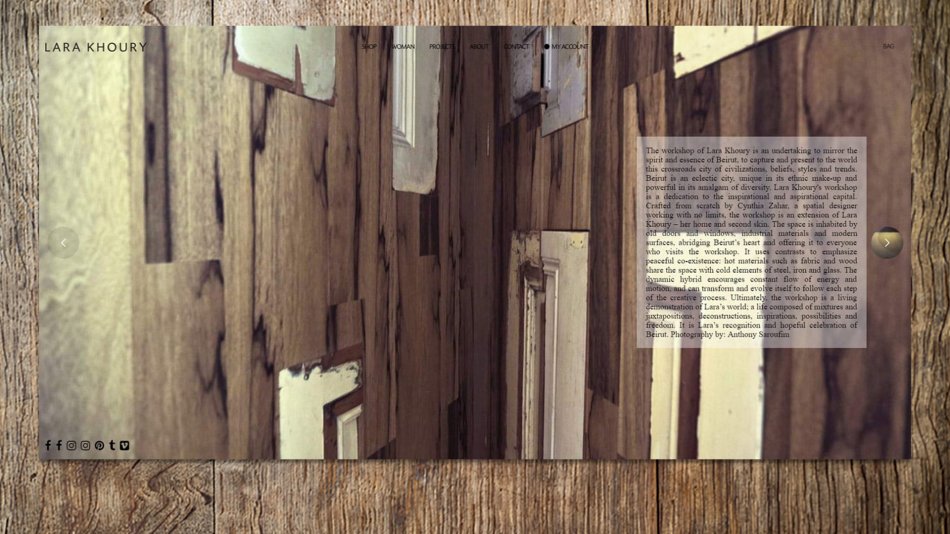 About page in full screen as well
Previous Next

get in touch with us!